Do Inspectors Test for Carbon Monoxide?

When it comes to home inspections, it’s important to test the house for safety and functionality of all systems.  This story, is a sad reality of the dangers of CO poisoning. …

Do Inspectors Test for Carbon Monoxide?

When it comes to home inspections, it’s important to test the house for safety and functionality of all systems.  This story, is a sad reality of the dangers of CO poisoning.   A family in Ohio sadly died after being poisoned by CO gas from their hot water tank.  The police were called after a family member notified the police to check the home to make sure everything was OK.

According to the article, “Police responded to the Reitter family home for a wellness check on May 2, after a concerned family member called 911.  After seeing an unresponsive person in the home, police forced entry and found Gabe Reitter III, his wife Jennifer, and their children Gabe IV and Grace, dead inside, along with three dogs.   First responders say the high levels of carbon monoxide in the home forced them leave immediately, until it could be vented. Tests showed CO levels between 999 and 1200 parts per million in the home, according to the fire department.  People can start experiencing symptoms of CO poisoning at 70 parts per million.”

This tragedy could have been avoided if a CO detector was installed in the home.   Similar to how a smoke detector works, a CO detector sounds an alarm when the CO levels exceed safe levels of 8 parts per million.  When Tri-County Inspections performs a standard home inspection, we use a CO sniffer to check for dangerous gas levels in the home.

According to the Mayo Clinic, some of the symptoms of carbon monoxide poisoning are:

For under $40 dollars, you can protect your family by investing in a CO detector.  Put one in the hallway near each sleeping area in your house. Check the batteries every time you check your smoke detector batteries — at least twice a year. If the alarm sounds, leave the house and call 911 or the fire department. Carbon monoxide detectors are also available for motor homes and boats.

If you have any concerns about carbon monoxide or would like your house tested, please contact us!

Scheduling your home inspection is fast, easy, and comes with a no-obligation consultation.

Need an urgent home inspection? Call or Text:
440-653-1947
Our team is standing by to help you get a no-obligation estimate and schedule a home inspection ASAP.

See what our hundreds of happy clients have to say! 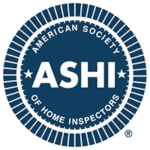 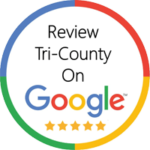 Home Inspection Discounts:  At Tri-County Inspections our home inspections cost less while you get more - a quality, color, home inspection report with more pictures than you would expect.  Plus we are one of the only home inspection companies that regularly offers discounts for the following: Veterans, Military, Police, Fire, Doctors, Nurses, Teachers, Dentists, Realtors and Engineers and more!  When you schedule your inspection, let us know what you do for a living to see if you qualify for a home inspection discount.